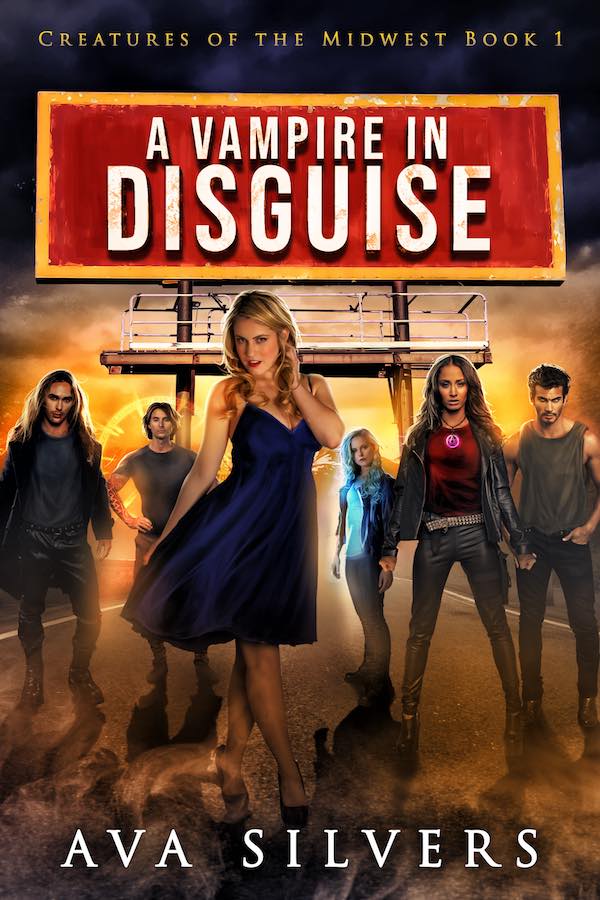 A Vampire in Disguise

Creatures of the Midwest - book 1

A witch's mission to find her sister's killer leads to otherworldly dangers.

When Hazel Good's search for a murderer lands her in Shadow Hollow, she thinks the strangest thing there is herself. But this little midwestern town has been collecting supernatural creatures for centuries, and the arrival of one more could shatter the paranormal veil.

Cyrus doesn't plan to disclose he's a vampire. After all, vampires are supposed to be extinct. But when he enlists Hazel's help to solve a mystery—the same mystery she is trying to solve...but for a very different reason—his secret will put them both in danger.

Helping Cyrus could crack Hazel's case wide open, or could unleash a long dormant curse. Now, with the Last Vampire on Earth and the First Human-Born Witch both digging around in the Midwest's magical underbelly, it won't be long before an uncontrollable darkness is released. And this time, there will be no escape.

Fans of True Blood and Midnight, Texas will find their next fix in CREATURES OF THE MIDWEST, a thrilling, addicting paranormal drama.